In 1921, the Silver Peace Dollar was released, the same year the Morgan Dollar was discontinued. They were produced between 1921 - 1935, and are limited in supply so are very rare Silver coins. Created to celebrate America’s victory in World War I, these Silver coins helped establish the status of the U.S. as a major world power.  The obverse features the profile of Lady Liberty, while the reverse depicts the majestic image of a perched American eagle with an olive branch in its talons as a symbol of peace.

Morgan Silver Dollars were produced between 1878 - 1921, and were minted at the Philadelphia, New Orleans, Denver, San Francisco and Carson City...
Contact Us 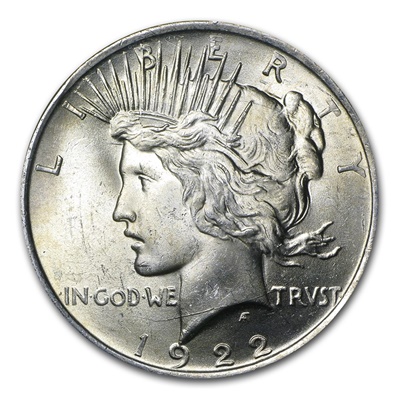 The Peace Dollar was created to symbolise the peace after the end of World War I and is attractive to both collectors and investors. Contains .7734...
Contact Us

An investment parcel of 10 x USA Peace Silver Dollar. Dates and mintmarks of the coins will be at our discretion, but all coins in the parcel will be...
Contact Us
Displaying 1 to 4 (of 4 products)